One of my readers, Tom Sandman, stumbled across my website and got in contact.
Tom runs Sandman Overhaul - the repair and salvation of tired old pressed steel, die cast (and various other materials) aircraft toys, now that they are no longer just toys but items of nostalgia and very collectable.
His website can be found at https://sites.google.com/site/sandmanoverhaul/home, but below are photos of some of his work - not just B-24 but other types since they are just so good!

The photo set below shows how Tom converted a a Wyandotte (similar to Boomaroo?) pressed steel toy that a friend salvaged from a steel recycler but was pretty damaged. It could not be restored as it was, the Douglas DC-4E, but the design could be rebuilt into the prototype B-24, the XB-24A.
LOVE IT! 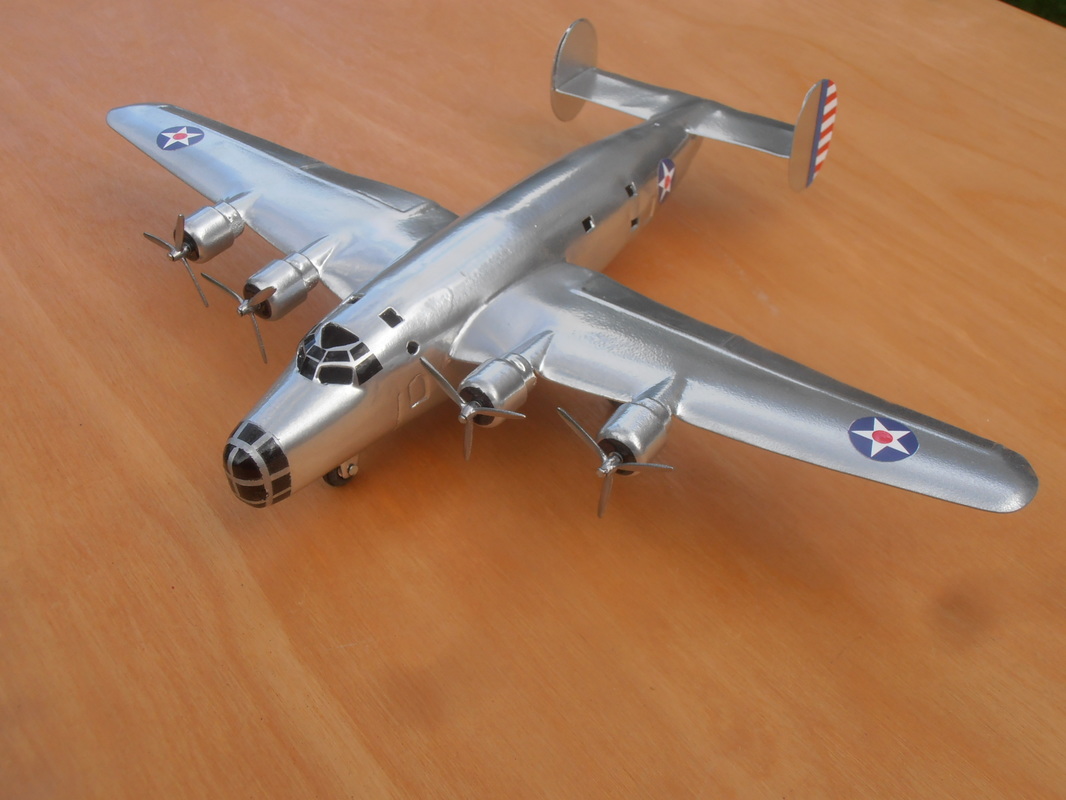 This is Tom's work on revitalizing a Rehberger Boeing B-314 Clipper. It involves building a wire frame that is anchored in the broken stub and hot casting a replacement part in place. The metal has a high lead content so adhesion is relatively easy on these.

The client is a commercial pilot wanting to honor the history inter-connections of Boeing, Pan Am’s Atlantic Division, New York’s Marine Air Terminal (very Art Deco) and Rehberger. The pictures reflect a Norman Bel Geddes style that would have been prevalent in New York in 1940, the home of Pan Am. The airplane is being detailed as the Yankee Clipper, the first Boeing Clipper to make the passage from New York to Ireland and France. 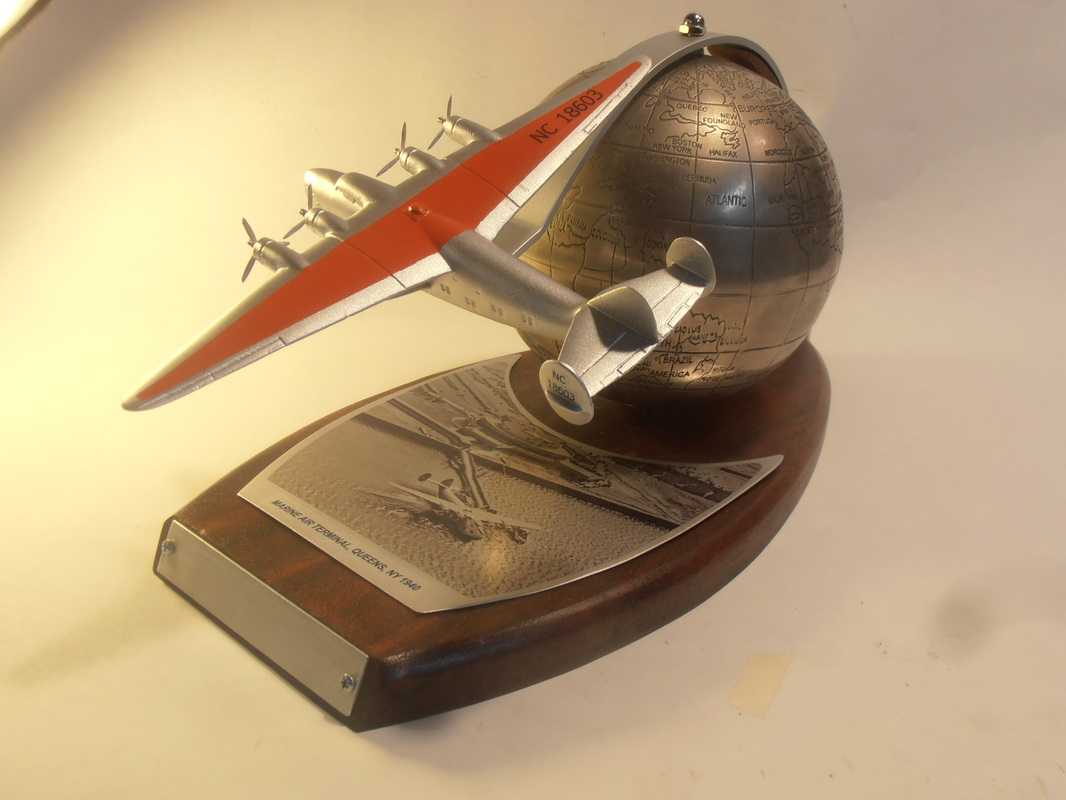 Allyn P-51 cast/chrome vintage ashtray models. These usually come on the market with their prop blades broken off, the canopy assemblies missing, the rare black glass insert gone and covered with 70 years of smoking residues. The two pristine units below bely the norm. It is still a nice comparison. The original has everything in place and ultra-rare. The one with the black blades is one of Tom's overhauls. 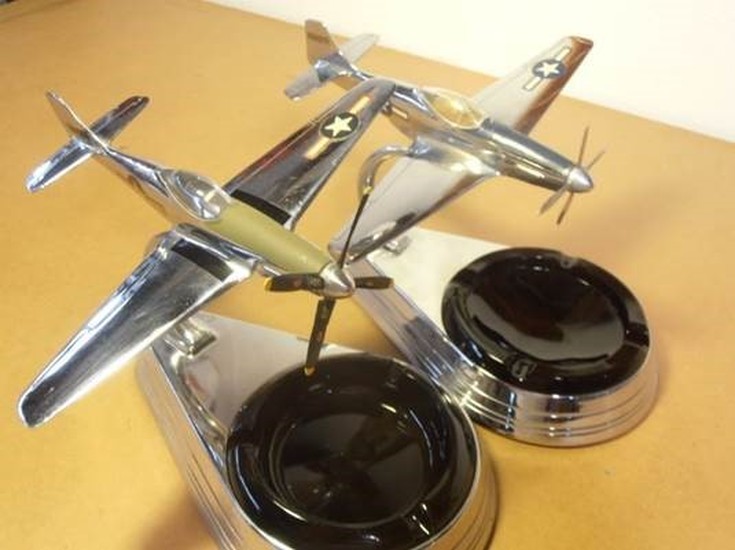 Below are a series of models awaiting Tom's expert touch. 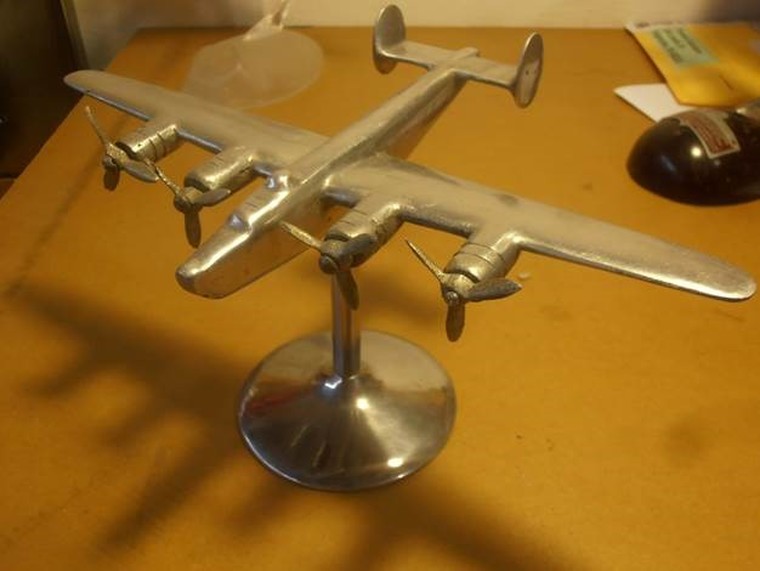 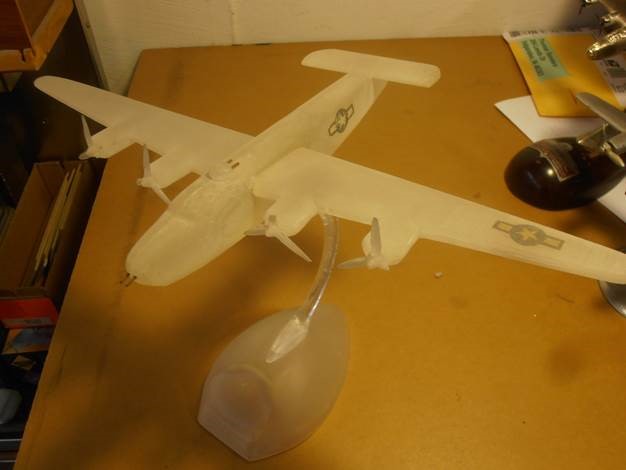 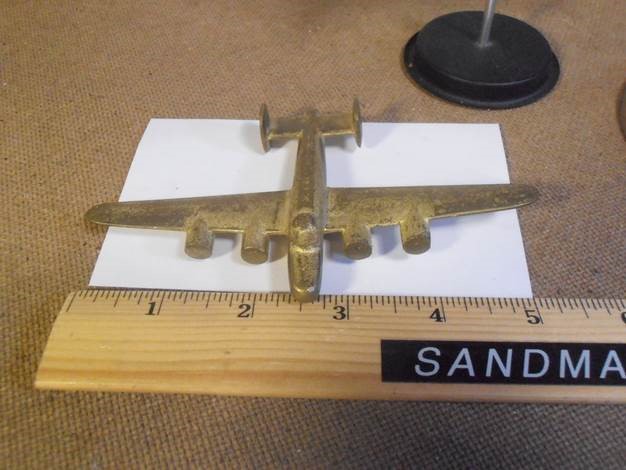 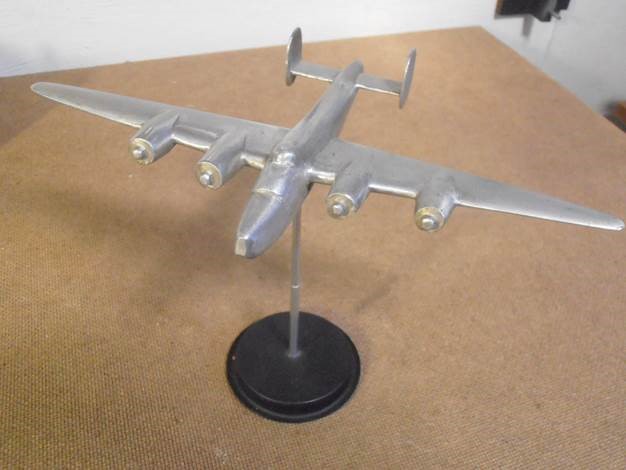 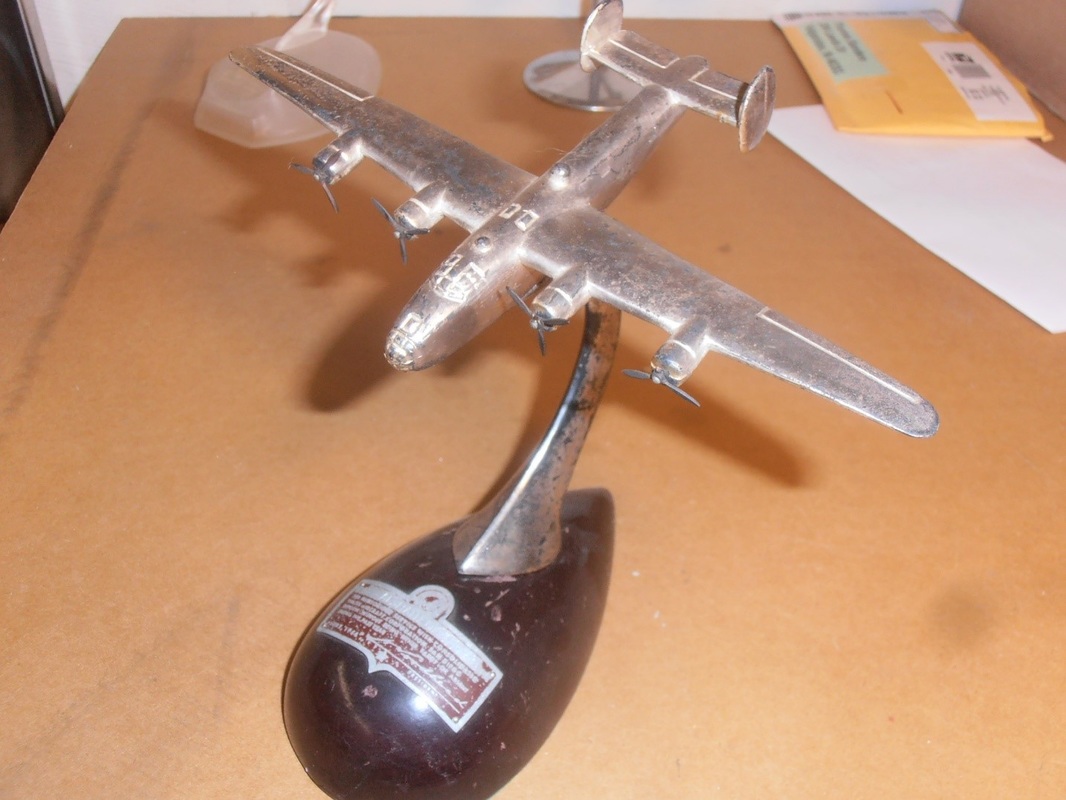 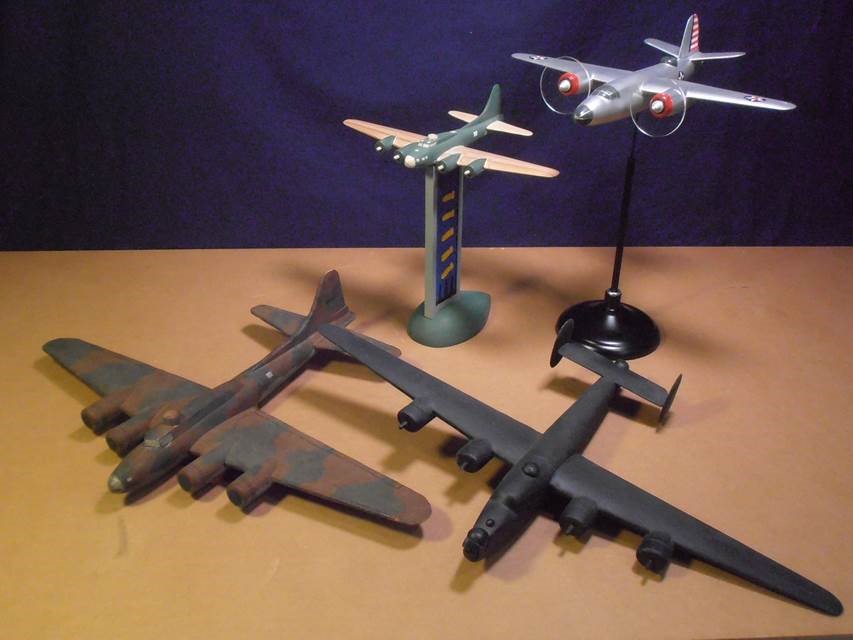